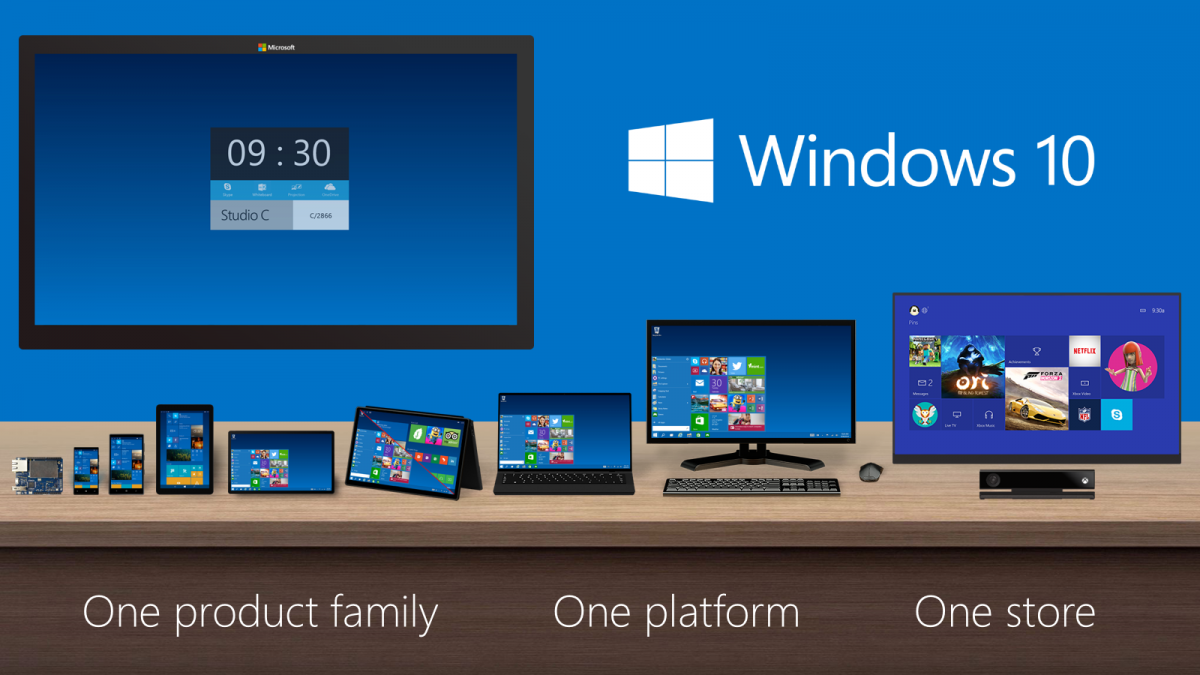 Microsoft has announced the upcoming release of Windows 10 as early as June 2015. Confirming recent reports from Microsoft’s Terry Myerson announced that a free upgrade to Windows 10 will be available for qualified new or existing Windows 7, Windows 8.1 and Windows Phone 8.1 devices that upgrade in the first year! The bad news is that pricing is currently unavailable.

The Start menu is back with space to pin your favorite apps. And simple navigation means you don’t need to spend much time learning anything new. It will include Office and universal apps in the store where you can get thousands of apps including games, videos and music.

According to CNET, “Microsoft is also working to beef up security in Windows 10. The recently announced Windows Hello will use biometric authentication to unlock your devices, scanning your face, finger or iris in lieu of a password. It’ll take some time for machines with compatible hardware to reach consumers, but more secure options for logging into our accounts could be a boon for everyone.”

Microsoft’s new OS will still run on some pretty basic hardware. To run the desktop OS, all you’ll need is 1GB of RAM for the 32-bit version or 2GB of RAM for the 64-bit version. In terms of hard drive requirements, you’re looking at a minimum of 16GB and 20GB, respectively. Processors must be able to run at 1GHz or better and GPUs need to support at least DirectX 9.

Some of the old features will look familiar like the start up menu but everything else has been revamped. Windows 10 will launch this summer in 190 countries and in 111 languages. Promising a whole new slew of features we are excited to welcome this new upgrade in the summer.